The current composition of the Board of Directors is as follows: 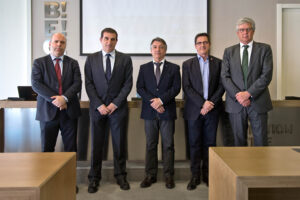